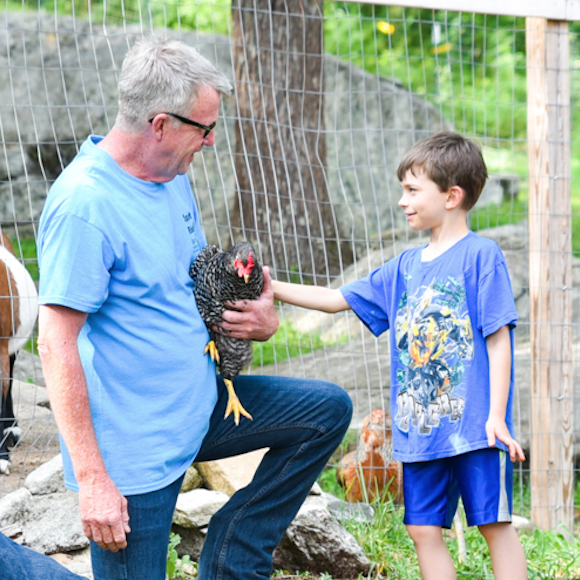 Isaac interacting with SRTC President, Craig Adams and one of the hand-raised hens during his first year at Spirit Ride.

Isaac has been riding at Spirit Ride since we opened our doors in the Spring of 2015. When Isaac first arrived, his ability to process all of the sights, sounds, smells and the barrage of sensory input that daily life threw at him was limited.  He was often overwhelmed and tearful meltdowns were a part of his daily norm. The unpredictable nature of farm life, along with fresh air and sunshine, was something that Isaac’s mom felt necessary to introduce to Isaac. He was nervous around all animals and preferred to stay indoors and play on his tablet.  Many centers may feel that Isaac would not be a good fit for a TR program – but Spirit Ride was up for the challenge!

For Isaac, dealing with unexpected events (something that would not even be a blip on the radar for a person who doesn’t live on the spectrum) often results in a meltdown.  Tearfulness from the stress of transitioning from one activity to another has always been a fact of life for Isaac.  Schedules and routines are critical for him to maintain his composure. Recovering from changes in routine are one of the main goals that his Therapy Team focuses on.  For example, when he arrives for his Therapeutic Riding session, he first goes to visit the chickens and goats, then he goes to the tack room, then he gets his helmet and saddle. If something disrupts that routine we practice his calming and recovery techniques together such as self-talk or deep breathing.  Now, he is better equipped to work through these issues by remembering how he has resolved them in the past.

‘During Isaac’s first Season at SRTC we began implementing strategies while working with horse puppets, then progressing to a therapy dog, and a finally a hand raised chicken.  His next year was spent with the chickens and the goats while working on mastering specific goals in the vicinity of the horses. 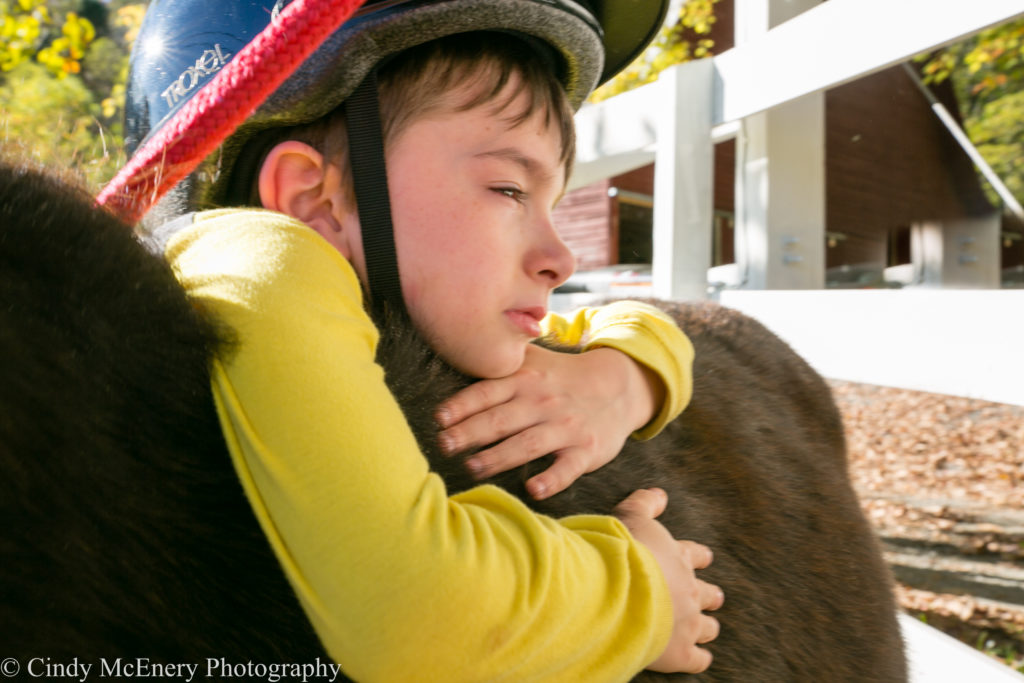 There’s nothing more comforting than a hug from a trusted pony.

The third year, Isacc began developing a relationship with Brogan, our sweet little Grayson Highlands pony.  He and Brogan developed a trust and a bond that was endearing.  Brogan was only as tall as Isaac’s chest – which was perfect for hugs and comforting snuggles.

This past season, Isaac took the big step up into the saddle with his new best friend, Buddy.  To see the pride, confidence and absolute joy in his little face as he learns how to interact with the sensory bombardment of the outdoors is nothing less than amazing.  His 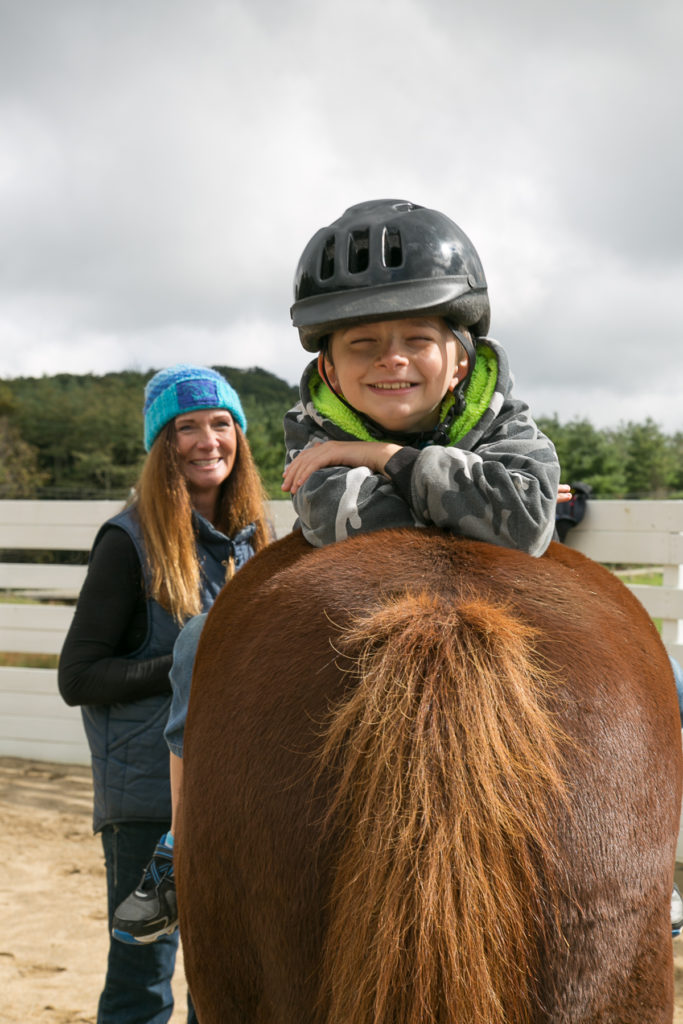 This fun pose was actually Isaac’s idea! Confidence like this only comes with lots of determination, persistence, patience and, love!

mom, as well as the volunteers who have supported and encouraged him through the past four years, are so thankful for the progress that Isaac has been able to make.

So, as we’re giving thanks this Thanksgiving season, we want to take the time to thank YOU.  Thank you for making it possible for Isaac (and all of our other Spirit Riders) to take those little steps that make such a big difference in their lives.